The event, which was held at the Sabras Radio studios between 14:00 – 17:00, saw up to 500 listeners attend the colourful event. It featured a mix of Ras Garba and Dandia with live performances by Vikram Nizama’s Khelaiyya Group and Music Arts’ Rajendra Pala and Madhavi Thakkar.

The event was broadcast on-air and online via SabrasRadio.com and Facebook.

Raj Baddhan, Operations Manager, Sabras Radio said, “This once again proves that Sabras Radio likes doing things differently to others. Who else does a free Navratri event at its radio studios for the community? This year’s Navratri event was the biggest yet and would like to thank our listeners and sponsors for their support. We’re now getting ready for our Diwali celebrations.”

Navratri 2016 on Sabras Radio was sponsored by Sony SAB TV and MK Roadshow.

We're not around right now. But you can send us an email and we'll get back to you, asap. 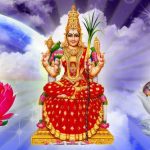